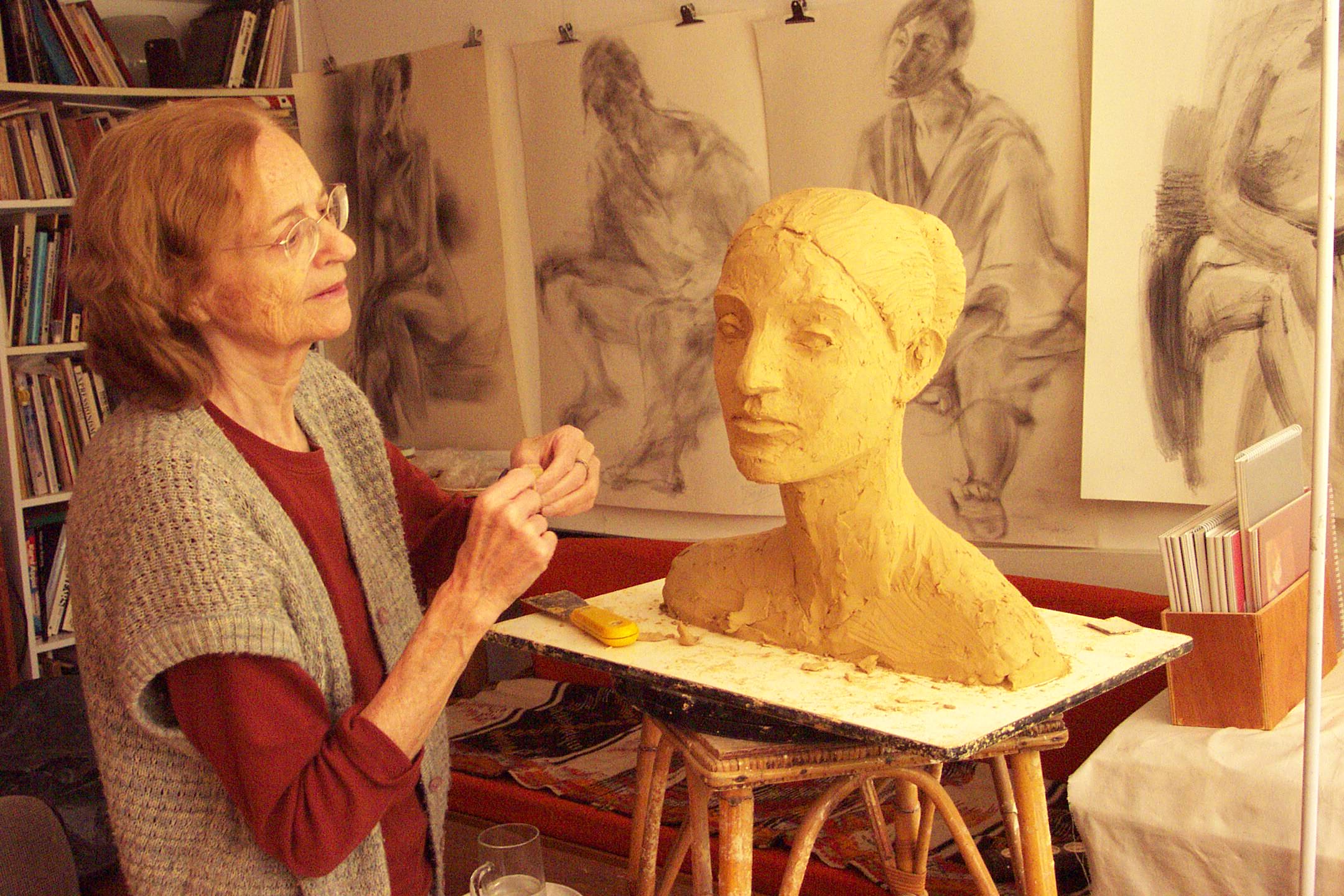 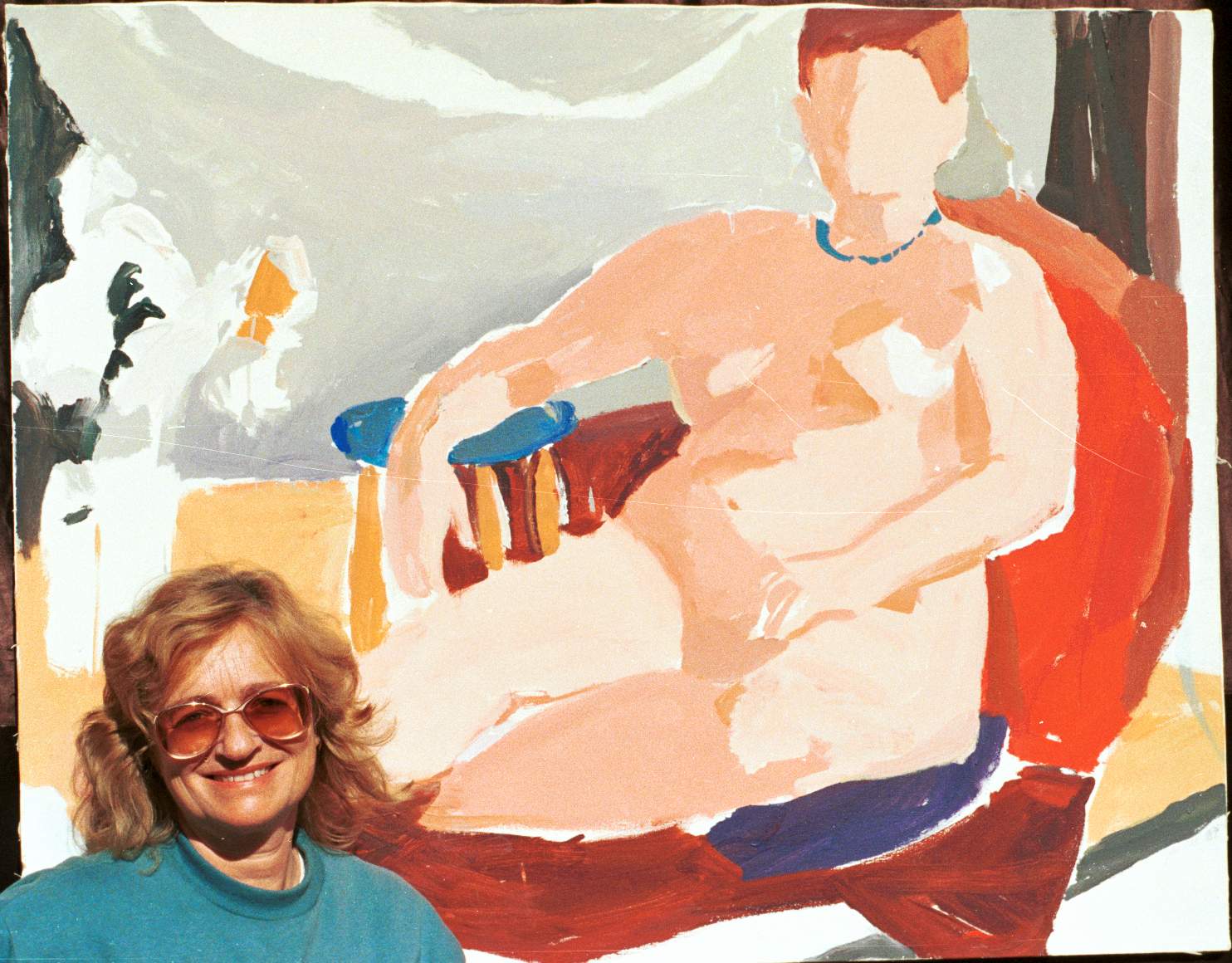 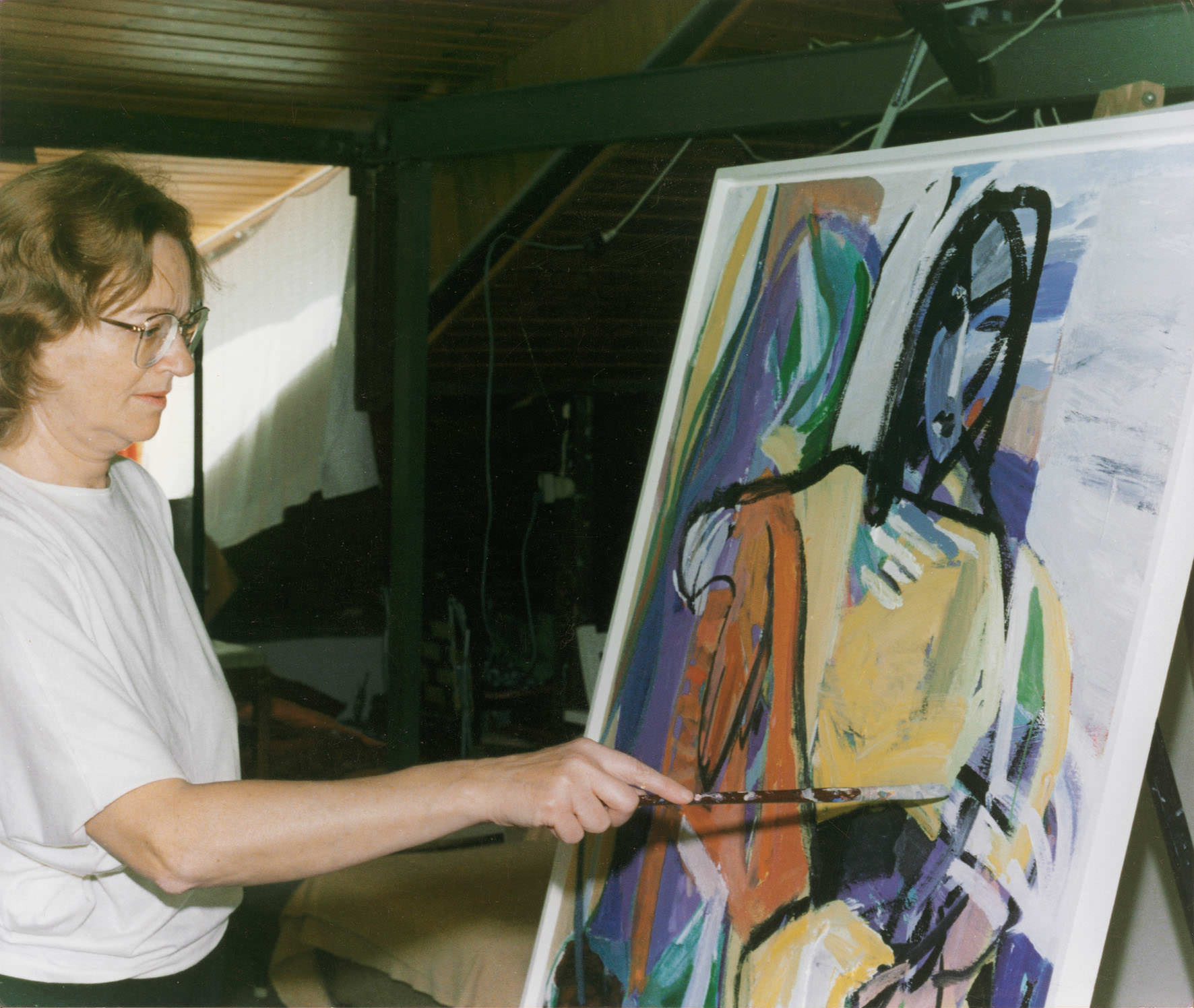 1936 Born in Jerusalem and raised in the Talpiot District

1953 Graduated from the Hebrew Gymnasium, Jerusalem

1958 Married Uzi Sivan and returned to childhood home in Talpiot

1983 Devoted herself fulltime to painting. Worked with a group of artists, drawing and painting from a model on a weekly basis

1997-1999 Following two complicated surgeries, Sivan returned to painting in black and white and to drawings with experimental techniques in a format smaller than the paintings.